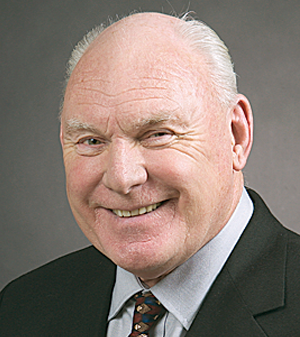 The longest serving Board Member, Walter J. Hall, Pasadena, Md., was appointed to the BVL Board of Directors as a representative of the Bowling Proprietors’ Association of America (BPAA).

Recognized as a leader within the sport of bowling, Wally has spent almost 50 years in the bowling business and with the BPAA. Among his numerous honors, Wally earned BPAA’s most prestigious award, the Victor Lerner Memorial Award, and is a member of BPAA’s Hall of Fame.

Wally’s extensive bowling industry resume includes variety of voluntary leadership positions, including President of BPAA, Chairman of National Bowling Forum, Board Member and Vice Chair of Bowling Inc. and President of MUBIG (Bowling Chain Operators Group). In addition, Hall is currently a Trustee of the International Bowling Museum and Hall of Fame.

Beginning his career as the first employee of Brunswick, U.K. Ltd. in his native England, Wally was promoted to General Manager of Fairlanes Bowling Limited, and oversaw the construction and operation of one of the first bowling chains outside of the U.S. Hall also served as Managing Director of Public Amusements Ltd., a subsidiary of the Granada Group, Ltd, responsible for a range of operations including movie theaters, bingo halls, bowling centers and a leisure park. Wally’s next position was with Fair Lanes, Inc., Baltimore, Md. Subsequently, he became President and CEO of Fair Lanes, then the largest operator of bowling centers in the U.S. with 112 centers, along with a chain of restaurants and 13 health and fitness centers, as well as a controlling position in BTR Realty Inc., of which Wally was Chairman.

“I have been fortunate to have been involved in many aspects of business and the sport of bowling, but I feel a special sense of pride and enthusiasm for our work at BVL,” Wally said. “We are responsible for brightening the days of our active duty military and speeding the recuperation of our hospitalized veterans – this is a task which we approach with great passion.”

Currently, Wally owns and operates three bowling centers in Maryland, along with a restaurant company based in Salisbury, Md. He is also the President of Hall Investments, and Chairman of Hall Enterprises, a consulting company.

Outside of bowling, Wally has brought his expertise to a variety of civic and philanthropic boards and is currently a Trustee of the Anne Arundel Community College and a member of the Board of Directors of the Baltimore/Washington Medical Center.

Wally lives along the Chesapeake Bay where he enjoys spending leisure time with his three sons and their families.