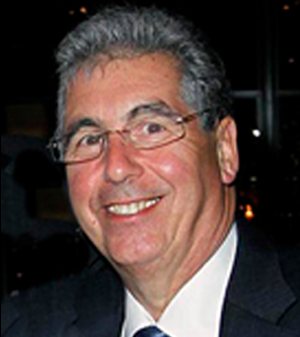 Chair, BVL Board of Directors

John LaSpina was elected to the position of Chair in August of 2014. He is president of Maple Family Centers, a chain of four bowling centers in the New York City area and another location in Florida. Maple is a family-owned business that is distinguished for its commitment to charity, raising more than $500,000 for charities over the last few years. For the past five years, Maple Family Centers has raised more funds for Bowlers to Veteran’s Link (BVL) than any other company in the industry.

Maple opened its first bowling center in Brooklyn in 1960. Early in his career, LaSpina committed to the bowling industry and the community at large. LaSpina served as president of the New York City Bowling Proprietors’ Association from 1977-1980; the board of directors of the Bowling Proprietors’ Association of America, from 1977-2002. From 2003 until now, John is serving on various committees such as nominating, legislative, bowl expo and industry integration. He has held leadership roles with the Tri State Bowling Promotions committee, Young American Bowling Alliance, East Coast Bowling Centers’ Convention Committee, International Bowl Expo and many others.

His many awards include an outstanding Alumni Award from Long Island University’s Southampton campus; induction in 1982 to the New York City Bowling Proprietors’ Association Hall of Fame, Metropolitan Bowling Writer’s Association Meritorious Award and in 1994, he was named the International Bowling Industry Person of the Year.

John loves bowling and has followed the lead set by the company’s founder, his father Peter J. LaSpina, Sr., who took him to BPA and Metropolitan Bowling Writer’s meetings when he was a teenager.

LaSpina graduated with a bachelor’s degree in business administration from Long Island University’s Southampton campus. He is married and the father of two grown children, Joseph and Teresa, who help run the business. LaSpina lives in Long Beach, New York.