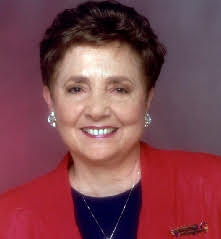 For more than 20 years, Castro Valley, Calif. native Elaine Hagin served as the BVL Board Chair; before being named BVL’s first Director Emeritus.
Elaine began her work with BVL as a member of the Alameda County (California) Women’s Bowling Association during the 1970s. Since then, she has contributed as a BVL torchbearer throughout her career in the sport of bowling.
Elaine’s other titles include the First Vice President of the former Women’s International Bowling Congress (WIBC). Within WIBC, she has served in a variety of committee capacities including Marketing/Public Relations, Finance, Legislative and dozens more. Also on the list of Elaine’s positions are Secretary, International Bowling Museum and Hall of Fame; President, USA Bowling; President, Young American Bowling Alliance; and Director, Bowling Writers Association of America.
Elaine is a recognized leader in sports around the world, traveling extensively as part of her duties for bowling, as well as through her responsibilities as a former member of the Advisory Board of the Women’s Sports Foundation and the Anti-Doping Committee of the United States Olympic Committee.
Over her career, Elaine has received many honors including Women’s International Bowling Congress Hall of Fame, Women’s Sports Foundation President’s Award, and Street & Smith’s “Super 50.”