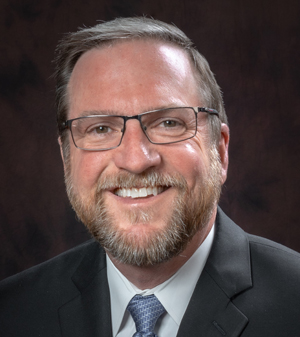 Member, BVL Board of Directors

David Kellerman of Georgetown, Texas, joined the BVL Board of Directors in February 2020 as a representative of the Bowling Proprietors’ Association of America (BPAA).

Kellerman is the co-owner of Mel’s Lone Star Lanes in Georgetown, Texas. Over the past year, he has made headlines with his Kilroy’s Appalachian Trail Hike for Veterans. The nearly six-month, 2,192-mile hike through the 14 states that encompass the Appalachian Trail has raised more than $100,000 for BVL as the largest individual fundraiser in the charity’s history.

“BVL is such an enduring charity which helps brighten the lives of veterans and active-duty military who protect our freedoms every day,” said Kellerman. “I’m honored to serve on the BVL Board.”

Shortly after David and his partner/sister Dot Ammons, opened Mel’s Lone Star Lanes in 2008, they learned about the bowling industry’s oldest charitable organization, BVL, at a BPAA Bowl Expo.  “We wanted to help a great cause that the sport of bowling supported.  Hearing of the wonderful works BVL has done over the years, the decision to help raise funds for BVL was an easy one.”  Every year since then, David and his crew have held fundraisers for BVL.

In 2017, three separate events increased David’s commitment to our veterans. In April, David and his wife Melanie were guardians on an Honor Flight. The couple had the honor of escorting a Korean War Era veteran around Washington D.C. to all the war memorials. When at the Korean War Memorial, David saw the words “Freedom is not Free” and has hence made it his mantra.

The second event was serving as co-chair of the first Field of Honor in Georgetown, Texas, hosted by the Rotary Club of Georgetown.  More than 1,800 full-sized U.S. flags were sold and displayed in the city park for 10 days. Funds collected from flag sales were donated to local charitable organizations supporting veterans and first responders.

The inspiration for David’s memorable Appalachian Trail Hike fundraiser  for BVL was born on a day hike with his wife in 2017. In 2019, the trek was on.  David chose the trail name “Kilroy” in honor of the WWII veterans.  After 2,192 miles, 161 days, and 8 pairs of boots, David completed the Appalachian Trail and raised over $100,000 for BVL.

David is a graduate of the University of North Texas (BBA ’85) and the University of St. Edwards (MBA ’90). He currently serves on the executive board of the Texas Bowling Centers Association and is a board member of the Greater Austin USBC Association. In 2019, he was named as the first recipient of BVL’s Helen Duval Award which recognizes individuals who provide outstanding and dedicated service to BVL. Kellerman has received several other accolades including BPAA Texas Bowling Proprietor of the Year, Texas USBC Proprietor of the Year, Georgetown Chamber of Commerce Large Business of the Year and Citizen of the Year, and Sertoma Club of Georgetown Service to Mankind recipient. Kellerman and his wife Melanie reside in Georgetown and have three grown children.  Together, they love to travel, cook, and of course – hike.