In a gratifying show of unity from throughout the sport of bowling, a unique “across all brands” sponsorship event recently resulted in a fun and education-filled day for 30 bowlers in Tennessee to benefit, in part, America’s veterans through BVL.

The clinic was held Saturday, June 24th with the support of sponsors representing the breadth of the bowling industry including Brunswick, DV8, Radical, Storm, Roto Grip, Ebonite, Track, Hammer, Columbia and Motiv.

Initially seeking an opportunity to support the Oak Ridge junior bowlers in their quest to attend Junior Gold, Craig approached Sean at last year’s tournament in Indianapolis about a clinic.  Rash agreed to help.   Although hatching the idea a year ago, Craig had to quickly pull it all together in four short months when an opening was created in the pros schedule for the last weekend in June.  Then, Craig went to work; securing everything from sponsorships, to discounted hotel rooms (Craig picked up the rest of the cost out of his own pocket) and a day of free golf at the area country club for the PBA members.  “We wanted to make sure this would be an enjoyable weekend for the guys who generously agreed to come in for the clinic,” he says.

But the pros generosity didn’t stop there.

“I knew all along that I wanted to give back to the sport with this project,” explains Sean.  “Craig wanted to give his junior bowlers a leg up; and I thought about BVL.  It seemed like the perfect combination; paying it forward for the future of our sport and paying it back to support our veterans.”

As Sean recalls, “I told the other PBA members that I planned to donate half my fees to the Oak Ridge Junior Gold quest and the other half to BVL, and then, Tommy (Jones) stepped up and said, ‘We should all be united – we should all do the same.’”

Craig said the weekend was perfect, and then some.  “I got to hang out with the players for a round of golf; my customers were thrilled with the idea that eight of the world’s best bowlers were in our town; and then, of course, the Clinic itself.

“We had a whole range of bowlers sign up for the Clinic – spanning in ages from nine to 80 years old,” notes Craig.  Twelve of the attendees were getting ready to bowl in the Junior Gold in Cleveland.   Most importantly, he says, the pros were the picture of professionalism.  “They spent time with every bowler, they coached, they signed autographs, they took selfies; they gave everything they had to make sure every bowler had a lifelong memory.”

BVL Board Chairman John LaSpina praised Craig and the PBA members for selflessly giving their time and talents to the Oak Ridge junior bowlers and America’s veterans.  “This was a special brand of unity highlighting what a wonderful and remarkable group that makes up the sport of bowling,” commented John.  “From the range in ages of the clinic attendees, to the wide array of sponsors who stepped up to support the Clinic, to some of the best bowlers from all over the world coming together to give of themselves; and to Craig for being the ‘uniter in chief’ – a job well done.  On behalf of the veterans we serve, thank you to all!” 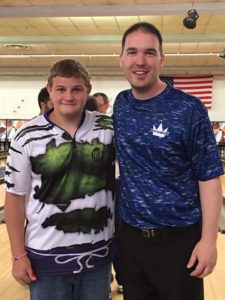 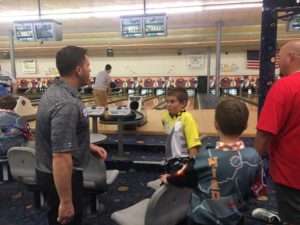 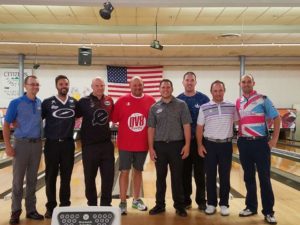