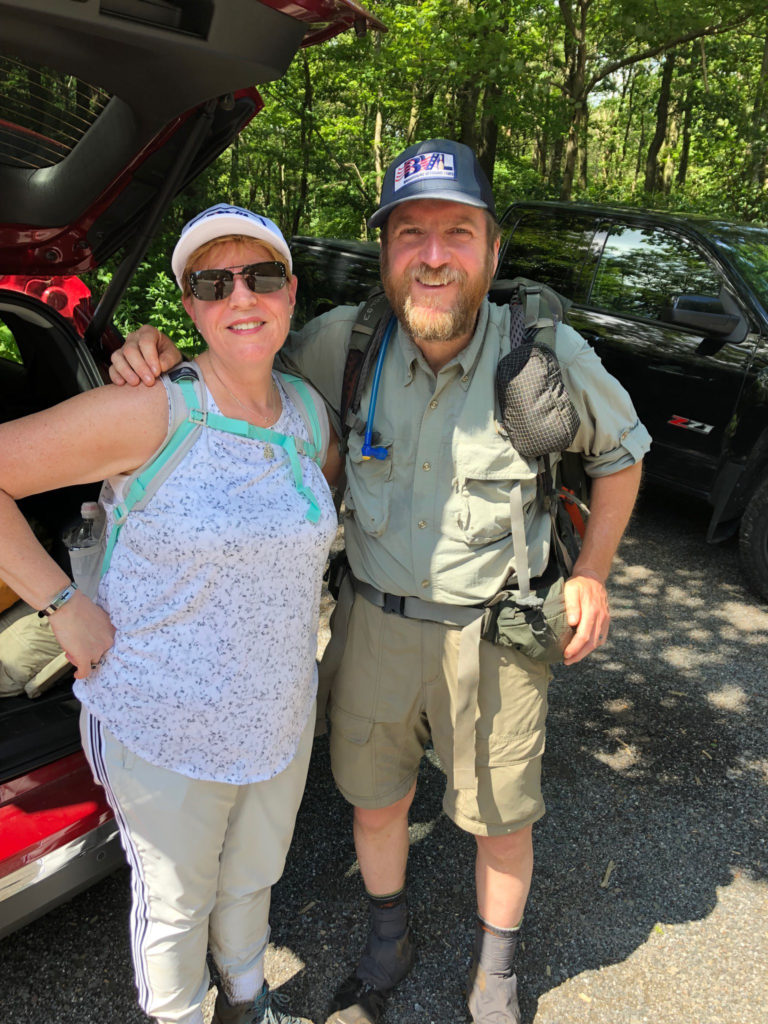 Kilroy is in the home stretch.

Texas bowling proprietor David “Kilroy” Kellerman, who earlier this spring embarked on a more than five-month hike through the Appalachian Trail to raise funds for BVL (Bowlers To Veterans Link), is closing in on the end of his remarkable fundraising efforts for veterans.

Nearly four months after starting his 2,190-hike through 14 states to raise awareness and funds to support BVL and veterans programs, Kellerman has completed two-thirds of his solo trek, with less than 800 miles left in his journey. The bowling industry rallied for Kellerman at last month’s Bowl Expo in Las Vegas, helping him to surpass his original goal of $50,000. His target now is $75,000 before he finishes the hike in mid-September.

BVL Board Chair John LaSpina, whose Maple Family Centers pledged $2 per mile for Kilroy’s journey, is encouraging others to help Kellerman reach his goal and also get donations in before the end of BVL’s fiscal calendar on July 31. “David’s perseverance and determination to complete this journey for all veterans are tremendously inspiring,” said LaSpina. “Everyone at BVL and throughout the bowling industry is so grateful for his commitment to veterans, and we want to welcome him home by helping him reach his new goal of $75,000.”

The toughest part of the hike to date may have been the exceedingly rocky terrain of eastern Pennsylvania, where he was joined by BVL Executive Director Mary Harrar for an 11.5-mile day hike. Harrar was inspired by her time with Kellerman and moved by the support for his efforts from his fellow proprietors at Bowl Expo. “It was an incredible experience to hike with David and get a little insight to what he faces on a daily basis and how motivated he is by the support from the bowling community,” said Harrar. “He is determined to complete this hike because of how it will help BVL to continue to support programs that make a difference in the lives of veterans.”

After starting at Springer Mountain in Georgia on April 3, Kellerman hit the 1,300-mile mark in early July as he left Pennsylvania, and has crossed through New Jersey and New York in recent days. The trail ends at Mount Katahdin in Maine. Only one in four thru-hikers actually complete the journey each year, and less than 700 people accomplished the feat in 2018. The full Appalachian Trail passes through six National Parks, eight National Forests, and two wildlife refuges.

Donations to support Kilroy’s Appalachian Trail Hike for Veterans can be made at BVL.org. Follow the final weeks of the hike on Kilroy’s Facebook page.

Founded in 1942, BVL is bowling’s oldest and own charity and is consistently acknowledged for efficient and effective programming delivered with extremely low overhead. Kellerman, who co-owns Mel’s Lone Star Lanes in Georgetown, Texas, is self-funding the trip to ensure the maximum benefit of his fundraising efforts for veterans programs.