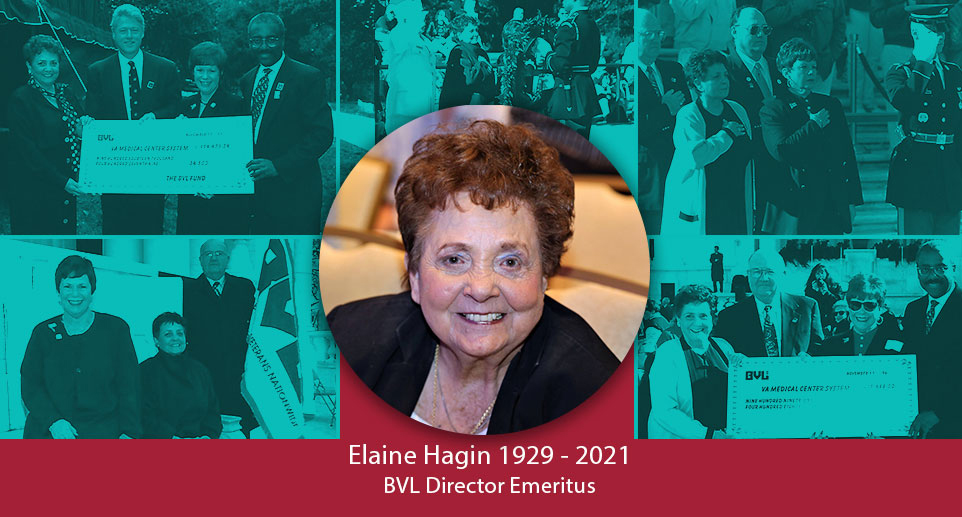 “A force to be reckoned with.”

That’s how bowling proprietor and BVL Board member Lisa Ciniello recalls industry icon Elaine Hagin, the former longtime BVL Board chair who passed away this week at age 92. “She was very dedicated to BVL and a force to be reckoned with,” said Ciniello.

Hagin was certainly a force . . . and much more. For decades, she was a game-changer in the bowling industry and one of the most pivotal figures in BVL’s nearly 80-year history. Hagin’s influence throughout the bowling industry was wide-ranging and impactful, serving in leadership roles throughout bowling’s alphabet of governing organizations as the First Vice President of the former Women’s International Bowling Congress (WIBC), President of USA Bowling, President of Young American Bowling Alliance (YABA), Vice President of the International Bowling Museum and Hall of Fame and Director of the Bowling Writers Association of America (BWAA). 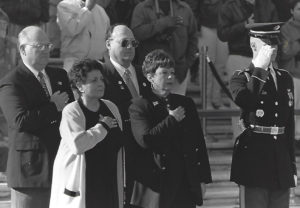 Even after the merger of WIBC, YABA, USA Bowling and the American Bowling Congress (ABC), Hagin continued to lead as she was named to the first United States Bowling Congress (USBC) Board of Directors when USBC launched in January 2005. She also was a former member of the Advisory Board of the Women’s Sports Foundation. Hagin’s lifetime commitment to the sport was recognized when she was inducted into the USBC Hall of Fame in 2000 for meritorious service, one of the several Hall of Fames in which she was recognized.

Her industry leadership resume is matched by few but her passion and advocacy for BVL and women’s sports were unequaled. For nearly two decades, Hagin served as the BVL Board Chair (1989-2007) before being named BVL’s first Director Emeritus.

Hagin began her work with BVL at the local association level as a member of the Alameda County (California) Women’s Bowling Association during the 1970s and was one of the charity’s most ardent promoters for nearly five decades. 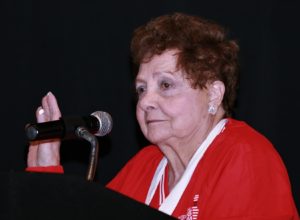 In the mid-2000s, BVL went through a staff leadership transition and Hall credits Hagin for jumping in to steer the ship “until we got organized and sorted out the staff leadership. She went well above and beyond what a board member would normally be asked to do,” said Hall. “At that critical time in the history of BVL, we were very fortunate to have Elaine Hagin with her enthusiasm for BVL and love for veterans.”

“I know just how good a charity that BVL is because I have seen the consequences of its work,” said Hall, BVL’s longest-serving Board member before he joined Hagin as a Director Emeritus in January 2020. “Elaine was of the same mode and she wasn’t afraid of asking anyone for donations for BVL and veterans.”

Hall further reflected on Hagin’s legendary tenacity when it came to fundraising for BVL. The North California native played an integral role in her state’s BVL fundraising, taking great pride when the state was consistently the top association in fundraising each year. “That was largely due to her influence and hard work,” Hall added. “We’ve lost a very good person – she played a vital part in the success and longevity of BVL. She was the right person for BVL at the right time.” 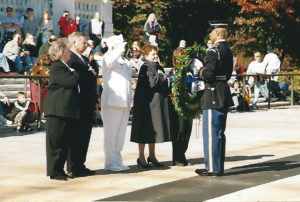 Current BVL Board Chair John LaSpina recalls his first BVL interactions with Hagin, who was representing the WIBC on the BVL Board. “My earliest memory of her with BVL was when she was working the booth at BPAA conventions with Helen Duval. Elaine was a tireless advocate for BVL and educated me on the organization and the mission.”

LaSpina recalls that Hagin’s connection to veterans was personal as her late husband Don served in World War II with the U.S. Navy as a Seaman First Class. “Elaine was from the generation that lived through World War II and that’s a hard-working generation that got things done,” said LaSpina. “That’s how she approached her work with BVL – whatever we needed, she just got it done.”

When LaSpina initially joined the BVL Board as the BPAA representative, Hagin had transitioned from Board Chair to Director Emeritus but her drive to bring attention to the cause never wavered. “She always rallied WIBC leadership and members to support BVL,” said LaSpina. “She took the lead and made things happen.”

Darlene Baker, who succeeded Hagin as BVL Board Chair, credits her supportive predecessor with setting a high standard when it comes to supporting BVL. “She always let her passion about veterans shine through when she made presentations at WIBC Conventions, and she never let anything get in her way when it came to doing or getting anything for BVL and the veterans,” said Baker. “She left big shoes to follow, but she created a path that made it easier for others to follow. She definitely will be missed.” 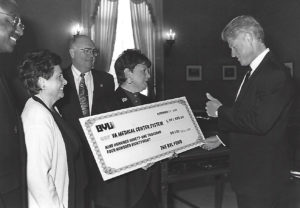 Hagin was equal parts passionate and feisty when she was on your team. Former American Bowling Congress Executive Director Roger Dalkin served on the BVL Board when Hagin was Board Chair and recalls a memorable experience with his longtime friend. “One Veterans Day while attending functions representing BVL we were at the White House for a reception and to meet the President and Vice President. As we stood in the receiving line I wondered what I would say to President Clinton. Elaine was first to meet the president and she proceeded to chastise him for not fulfilling a promise he made to her the previous year to have pictures of him bowling on the White House Lanes. Her ‘discussion’ with the President may have been no more than a minute or two, but the line in front had left and the Secret Service agents were getting closer. Eventually, she let go of President Clinton’s hand and moved on to Vice President Gore.  When I shook the President’s hand all I could say was, ‘Thanks for listening to her’, to which he smiled. That was quintessential Elaine, no matter the person; her beloved BVL was going to get its due.” 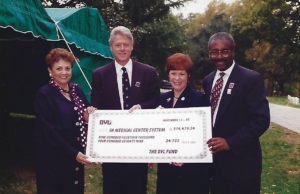 “I’ve always been an Elaine fan,” said LaSpina. “Our industry lost an icon, a great advocate for women athletes and BVL lost one of our biggest supporters. Elaine walked and talked BVL. Elaine Hagin was one in a million and I’m glad she was one of ours.”

NOTE: Service plans are being finalized. The Hagin family has requested that in lieu of flowers, Elaine be remembered with a contribution to BVL or the International Bowling Museum and Hall of Fame.