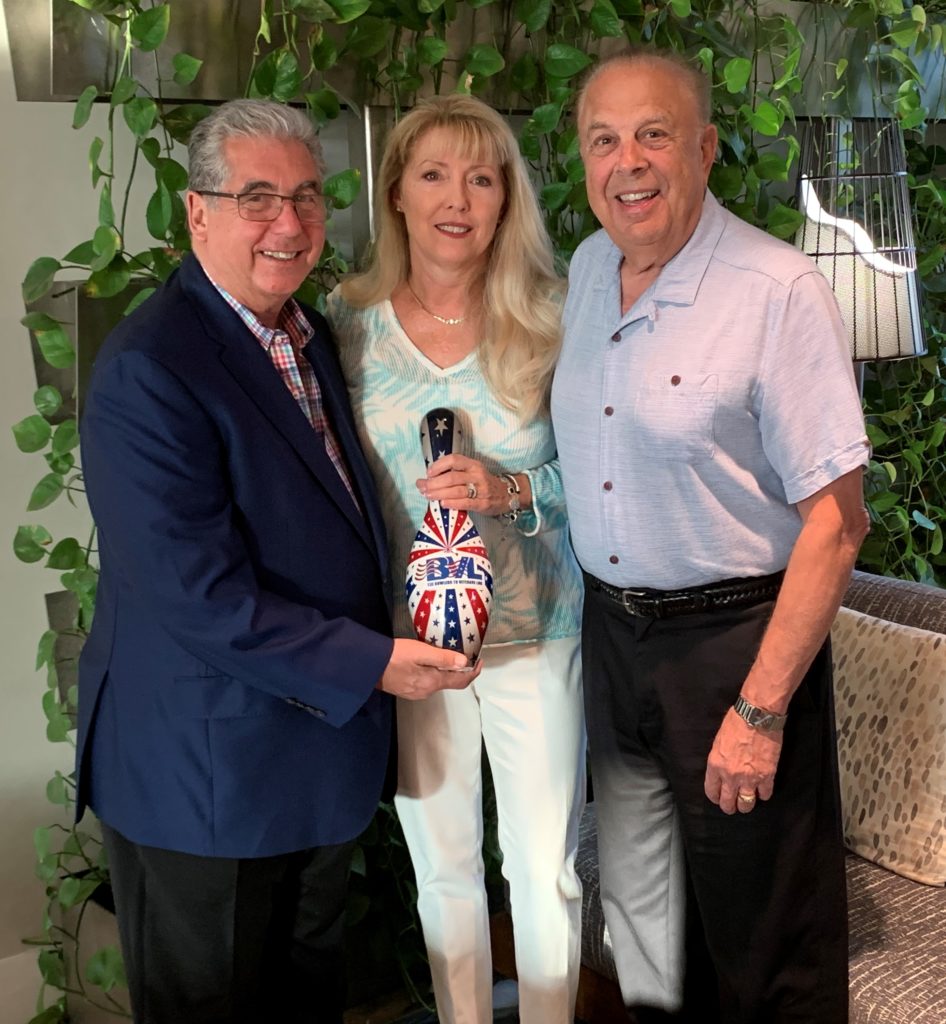 The $46,000 donation to BVL will be designated for Florida-based veterans’ services. BVL funds recreation therapy programs that address the emotional and physical needs of veterans and active-duty military, including sports, music, crafts, technology, and adaptive equipment for rehabilitation activities.

The funds were raised across multiple events at the Bowland and HeadPinz bowling centers during November, which is BVL Month in America. The total also included a personal donation from owners and longtime BVL supporters, Pat and Lisa Ciniello. Rich Albright, owner of Bowland Port Charlotte, also made a significant personal contribution to the total. The Bowland and HeadPinz donation will be designated for programs at the Veteran’s Administration clinic in Cape Coral, Fla., as well as other Florida-based veterans’ services. Last year, Bowland and HeadPinz funded a wheelchair accessible transportation cart for the VA Clinic.

“The dedication of the Ciniello family and their staff and bowlers to BVL and our veterans is extraordinary,” said BVL Board Chair John LaSpina. “Their donation highlights the powerful community partnership that can happen when local businesses and their customers come together to positively impact the lives of so many veterans.”

“We are very pleased to have our Bowland and HeadPinz Centers participate in giving to our Veterans through the BVL,” said Lisa Ciniello, Vice President of Operations for Bowland and HeadPins Entertainment Centers. “We are so appreciative of our military men and women who have served or are in service to our nation and feel this is one way we can give back. Our bowlers are incredibly generous and know that freedom isn’t free, and we are all very fortunate to live in the greatest country on the planet.”

The six HeadPinz & Bowland centers teamed up for several events over the past few months to spur donations for BVL including a Race To The Bar promotion with a local radio station 93X in Fort Myers, in-center donations in all six bowling centers, two Veterans Day tournaments. Pat and Lisa Ciniello personally matched funds raised during a one- week stretch in November. Bowland Centers are located throughout southwest Florida: Beacon Bowl in Naples, Coral Lanes in Cape Coral and Bowland Port Charlotte. HeadPinz Entertainment Centers are in Cape Coral, Fort Myers, and Naples.

Since 1942, BVL has provided more than $52 million in grants to VA hospitals and clinics to fund recreation therapy and programs for America’s veterans and active duty service members. BVL is bowling’s oldest and own charity, a national nonprofit 501 (c) (3) charity that is consistently acknowledged for efficient and effective programming delivered with extremely low overhead. BVL has been recognized as one of “America’s Best Charities” by Independent Charities of America, earned a “Top-Rated” Nonprofit distinction from GreatNonprofits, and is also a member of the Combined Federal Campaign (#93325).

BVL fundraising efforts and donations are generated year-round by the bowling community through a wide range of events, many specifically targeted around Veterans Day and BVL Month in America in November. To donate online and learn more about BVL’s commitment to veterans, visit BVL.org.