Or, the Story of How a Lifelong Friendship and a Passion to Serve America’s Veterans Created Thousands of Winners Through One Tournament 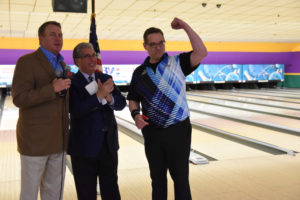 The front story is quick and easy:

May 9, 2017 — The top qualifier for the finals, Delmar, NY native LeClair, who dominated from the start — throwing strikes in the first eight of nine frames — defeated two-time PBA50 Player of the Year Ron Mohr of Las Vegas, 245-195, to win the Johnny Petraglia BVL Open.

The back story is more nuanced:

Growing up, John LaSpina and Johnny Petraglia spent many hours bowling together at Maple Lanes and formed a deep friendship.

Over the years, John’s family became more and more involved the bowling business. John negotiated his way through the industry network; and is now the owner of a five bowling center chain.

Johnny set his sights on a career in the PBA and is today the only PBA player to win a national PBA Tour title in six different decades. 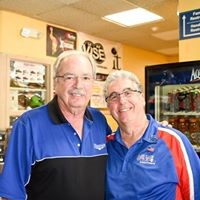 In addition to bowling, another shared passion still keeps John and Johnny on the same page: Serving America’s Veterans. Johnny resolved his commitment following his time in the Army in Vietnam during the Tet Offensive of 1967 -1968. Today, John is the Chairman of the Board of Directors of the sport of bowling’s own, oldest and most successful charity — Bowlers to Veterans Link – BVL.

Soon after he was selected Chairman, John started thinking about hosting a PBA50 tour stop to honor Johnny and to benefit BVL. Thus, May 2014 saw the birth of the Johnny Petraglia BVL Open presented by Brunswick.

Now in its third year, the Johnny Petraglia BVL Open helps Maple Family Centers raise over $50,000 each year for the veterans’ cause. 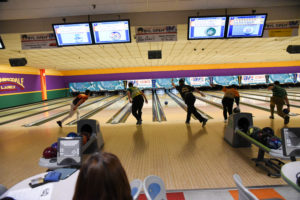 “Supporting BVL and honoring my dear friend Johnny through this tournament is a true labor of love for us at Maple Family Centers,” says John. “We know how important BVL programs are for our veterans and we have a deep commitment to ensuring their needs are met. This event is really the culmination of the profound respect our entire staff, our customers, and our partners have for America’s veterans. Although Brian won the tournament in name, the truth is we have thousands of veterans that truly won with this event.” 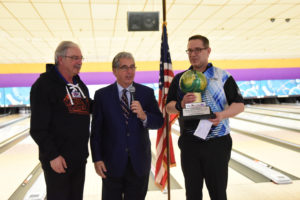 “Brian may have taken home the trophy; but there were actually thousands of veterans that won at the Tournament”

Local Support for BVL Developed Through Tournament of Champions

An integral aspect of the event is the parallel Tournament of Champions competition which starts at the center level at each of the New York area Maple Family Centers locations – in Rockville Centre, Coram, Farmingdale, and Jib Lanes in Flushing. The entrants are based on league scores, with top rollers advancing to the finals. 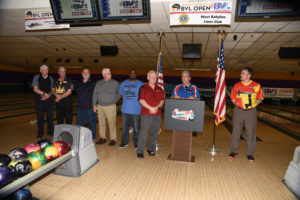 The finalists bowl for their honors at the beginning of the tour stop following the opening ceremonies. The ceremonies include an Honor Guard from the local Civil Air Patrol Squadron. John also invites all veterans and first responders to step up and be acknowledged.

“Years before adding the pro stop, we’ve held a BVL tournament at all of our centers based on this concept,” explains John.
“It’s an easy way to generate buzz about the cause and it gets everyone involved.” The roll off culminates at one center, with the winner earning a free trip to Bowl Expo.

Long time bowler and pro shop operator at Coram Lanes, Bobby Meltzer, earned the top spot at this year’s event. Bobby, who came in second place in the 2016 competition, will be making the trip to Nashville in June with the Maple Family Centers representatives. 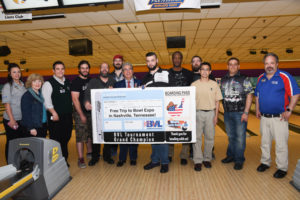 The event also includes a youth division, again bringing bowlers in from each of the area Maple Family Centers. The junior bowlers also enjoyed the opportunity to bowl with the “Legends.” 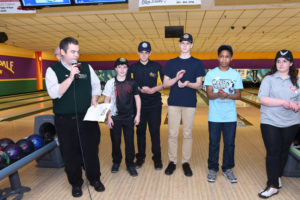 Concludes John, “This tournament has evolved into a much anticipated landmark event for us each year – it gets bigger and bigger and more and more rewarding – we thank our staff, customers, pros and partners for making it possible. And, most of all, we thank our Honoree Johnny P for his service to our country and his support of BVL. Together, we’re making a difference!”